Graffiti has evolved from a street activity that was considered delinquent to art. While this is still a controversial topic in some circles, graffiti art (also known as “graffiti kunst” in the German language) is now considered an art form in popular culture. Wall murals can also be used to cover furniture and pictures. 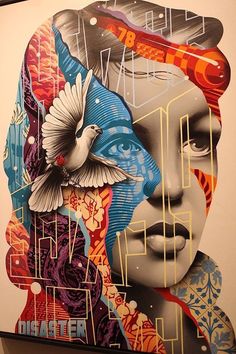 The Origin of Graffiti

Graffiti is the plural of the Italian word "grafficar", which can be translated as messages, drawings, patterns, wall writings, scratches, or scribbles. Its origins can be traced back to cave drawings from prehistoric times and wall writings or scratches on monuments in ancient Egypt and ancient Greece.

Graffiti you recognize today was first discovered in the 1960s. Teenagers used to write their street numbers and names on the subway cars. This was called "tagging", and it helped youths gain recognition in the city.

Spray-paint was introduced to graffiti and the art evolved into colorful graphics. These new tools allowed for more innovative forms, styles, and colors to be used on the streets. The graffiti began to be divided into two types: artists and taggers. To stand out from the crowd of colorful collages covering the streets, taggers without artistic flair would use multiple colors or change their style.

Graffiti artists are being asked to create wall murals in and around homes and buildings. Graffiti art has been used as a home decoration technique by some artists.